In the New Year, employees become reflective on their performance in the previous year and how to improve on this. It may not necessarily be business-related targets – it could be to simply build on working relations with their colleagues.

However, improved working relationships amongst your employees will reap the benefits to your organisational goals. Your workforce will be able to work in better harmony towards a common objective.

People tend not to volunteer constructive feedback in fear of it being taken as criticism, particularly to their managers. However, if provided in a helpful manner, anonymous feedback has many positive aspects.

The more sources that provide feedback, the better; it becomes more well-rounded and holistic. If peers, reporting staff, co-workers and supervisors provide pointers in an anonymous 360 degree feedback process, individuals are able to understand their position within a team and the influence that they have on their colleagues. Take care to phrase your 360 feedback questions carefully without bias, so that they will not influence replies.

The benefits to the team

By involving superiors, subordinates and the individuals themselves, departments will benefit from team development and learn to work together more effectively. This is thanks to the 360 degree aspect of feedback, whereby peers tend to show more awareness of how an individual is performing due the frequency of working together.

360 feedback also provides the added benefit of reducing discrimination of the “horns and halo” effect. This is where a supervisor’s most recent interaction with the individual affects their performance rating, regardless of the overall performance across the year.

The benefits to the individual

360 degree feedback has the capacity to challenge recipients’ perceptions to their skills and performance [1] and can provide the motivation to change. 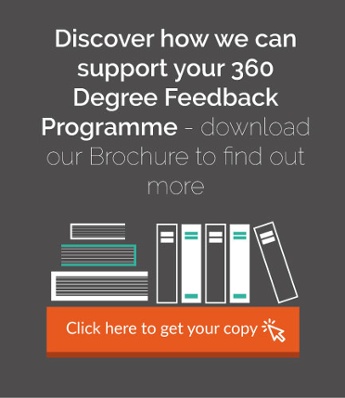 1.  The feedback on an aspect of their behaviour is the opposite to what the individual expects

2.  An aspect of behaviour is shown to be more (or less) important as an explanation of individual performance than the individual perceives to be the case

3.  Findings can highlight specific relationships between aspects of behaviour [1]

However, the majority of 360 ratings should not bring any surprises to the individual. Its focus should be to help them to understand how their behaviour is perceived by others and confirming desired behaviours that are most likely to gain the results sought.

As such, individuals will be better equipped to identify differences between the way they see themselves and how they are perceived by others. They can also establish the ways in which they are perceived amongst the staff hierarchy, which can allow them to alter their managerial style or working relations. These factors can help make performance management a more objective and fair process.

Looking to the future

Armed with new perceptions and an awareness of their fit within the team, individuals benefit from 360 feedback in a multitude of ways. They are more able to make full use of their skillset and build on their weaknesses thanks to their increased self-awareness.

This gives individuals a basis for their personal development which upskills individuals, thereby inadvertently promoting the company’s commitment to employee development. This will ultimately assist in the organisation’s recruitment and retention drive.